• Current president of the Isabel’s House Board of Directors

The simple filing of criminal charges has the potential to ruin a person’s life. Criminal defense attorney Nancy Price says her role is to stand as the first, and often only, line of defense for clients.

“The right to an attorney in a criminal case is one of the bedrock principles of our democracy,” she says of her work for nearly 70 clients.

But Price says she’s most proud of the cases no one will ever hear about.

“I work behind the scenes, sometimes for years, to fight the investigation and prevent the filing of unjustified charges,” she says. “My core role is to make sure that all the facts come out and that hidden agendas or biases are exposed to the light of day.”

Price recalls a case where a client was investigated by the federal government for immigration and employment law violations. She says she prepared a case for over two years and, in the end, charges were never filed against her client.

“The filing of the indictment against my corporate client would have been devastating, as their public image was crucial to their business model,” she says. “This is a case I am extremely proud of and that no one knows about because my client was never arrested or charged.”

Before opening her own criminal defense practice, Nancy Price Law PC, in 2006, Price worked for 13 years as an assistant federal defender for the U.S. District Court for the Western District of Missouri.

She earned a bachelor’s in international studies from Missouri State University and her Juris Doctor from University of Kansas School of Law.

Charlie O’Reilly of the O’Reilly Automotive Inc. family says he has known Price for years through her volunteer work, primarily with Isabel’s House. O’Reilly says she was one of the few, if not the only, students hired directly out of law school by the Western District.

During law school, he says Price would drive the seven-hour round-trip to and from Springfield every other weekend to work as a cosmetologist to help fund her schooling.

Now, she has a “well-known reputation as being a very hard worker for her clients,” O’Reilly says.

Price says she takes her work seriously and carries her clients’ plights with her.

She says clients are often unprepared, both emotionally and in knowledge of the process.

“They look to me and trust me to protect them and guide their decisions in this potentially life-changing event,” she says.

She says over her 25-year career, she’s delivered many wins for her clients, often preventing the filing of charges or convincing judges to allow probation over jail time.

“When I am able to either have the charges dismissed, obtain an acquittal at trial or obtain probation, it is the difference between being able to carry on and maintain their livelihood or being essentially removed from the workforce to which they belonged,” she says.

During her time as an attorney with the Western District, she served as the president of the National Association of Federal Defenders. She currently serves on the criminal law committees for the Missouri Bar Association and the Springfield Metropolitan Bar Association. This year, she was awarded a Women’s Justice Litigation Practitioner Award from Missouri Lawyers Weekly.

Outside of the courtroom, Price serves as the board president at Isabel’s House, the crisis nursery for the Ozarks. 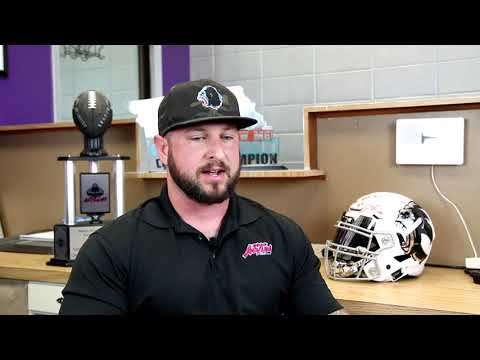