SBJ photo by Wes Hamilton
Steve Edwards and I don hairnets before we step into Cox South’s bustling kitchen.

Blog: My Day with the Hospital Executive

Day in the Life with Steve Edwards

It takes a lot of manpower, resources and machinery to keep Cox South running on a daily basis.

That was among my largest takeaways on June 6, when I shadowed CoxHealth CEO Steve Edwards for our annual Day in the Life feature series.

At 9 that morning, Steve took me, SBJ photographer Wes Hamilton and CoxHealth spokeswoman Kaitlyn McConnell on a tour of the sizable Cox South. We traversed across the skywalk over South National Avenue to get to the hospital from Steve’s office in the Hulston Cancer Center.

His knowledge of the facility is impressive, albeit understandable. He has been an employee there since 1992, and before that, his father ran the health system as CEO 1985-1993. I’ve since learned my Day in the Life article even surprised some CoxHealth employees — the fact it takes $3.89 million per day to run Cox South is astounding.

The tour shed some light on the behind-the-scenes areas of the hospital that are extremely necessary to its inner workings.

Edwards casually strolls into areas that don’t have that typical hospital shine. The engineering area of the hospital, for instance, contrasted significantly with that of the rest of the facility.

The temperature becomes warmer — as machines buzz and produce heat — and pipes, nozzles and gauges are easily viewable. It’s a bit like how I imagine the engine room of a ship. It’s not pretty, but everything has its purpose and function.

The myriad generators, for instance, are ready to step in if the hospital should lose power, even briefly. It’s a necessary safety mechanism when lives are on the line.

Tending to the mechanical operations are 180 engineers, Steve says.

“All they do is fix stuff all day long,” he says as we pass broken or malfunctioning equipment.

Along the tour, Steve makes stops at the kitchen, where we put on hairnets; a blood culture lab and other testing areas; the employee store, where I find out about a nice perk for workers — brand names are cheaper than at Walmart; a receiving area that Steve says is “like the mouth” of the hospital; and laundry, where there’s as much clean, and dirty, linen as you’d expect.

It all ties together well when we’re back to the patient care areas and Steve’s office, where a view of the South National and James River Freeway diverging diamond is clearly visible. Seated at the busy intersection, Cox South is a community conduit.

Thanks for the tour, Steve!

Reporter’s Notebook
I snapped a few pictures on our tour of Cox South. It really gives some perspective to the hospital’s operations. 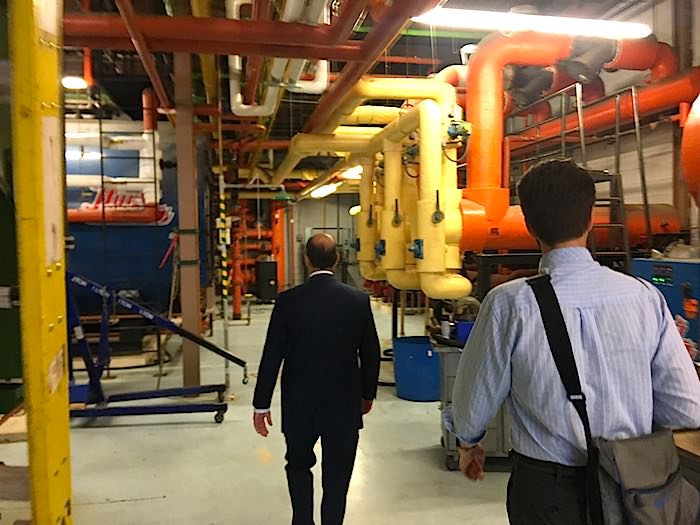 Steve and Wes traverse through the engineering area and its fascinating selection of colorful pipes. 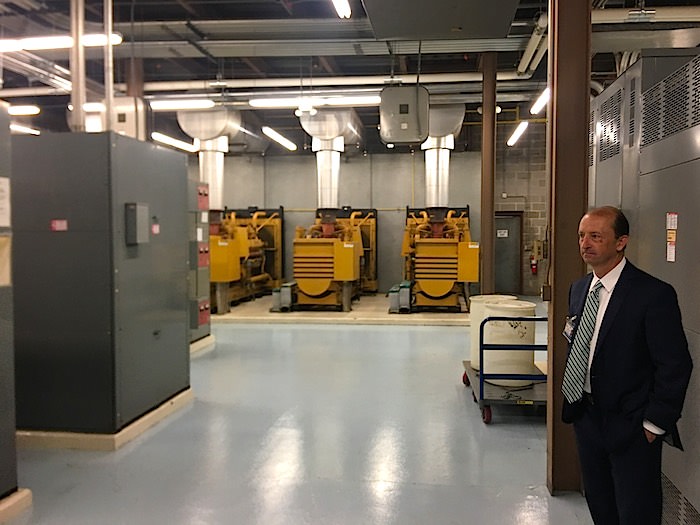 Steve stands in a generator room. As you might imagine, emergency power is important for a hospital. 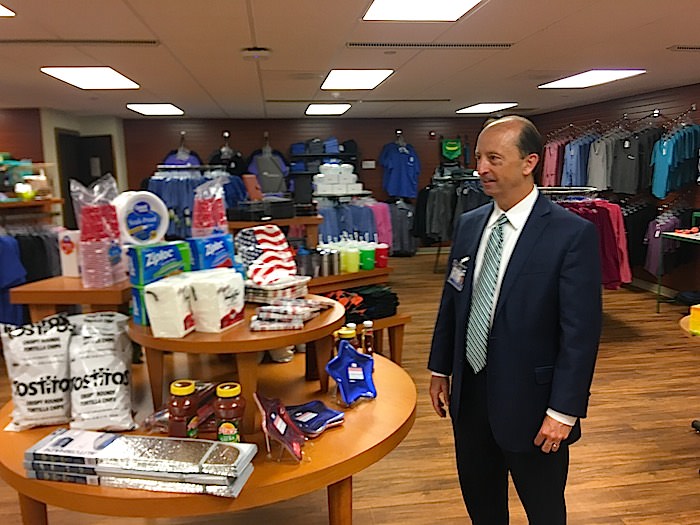 Cox South’s 1906 store, with its discounts, is a major benefit for employees.

Blog: Philosophy makes a statement at South and Walnut