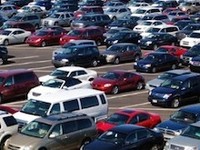 In Part I of its recommendations, the task force suggested an increase in the state excise tax on gasoline by 10 cents and on diesel by 12 cents per gallon. According to the report, the increased taxes would generate $4.3 billion over 10 years to improve the state’s roads and bridges.

“These adjustments would correct the inflation-driven value loss that has occurred since the motor fuel tax was last raised in Missouri,” the report reads.

The task force - created by the General Assembly in last year’s session - also recommended the legislature consider the implementation of a $50 million to $70 million dedicated revenue stream annually for Missouri’s multimodal transportation needs. That includes aviation, mass transportation and railroads.

Recognizing the rise of electric and automated vehicles, the task force in Part II gave options beyond a gas tax as the transportation system develops over the next 20 years and beyond.

Recommendations include:
•    increased registration fees for electric vehicles;
•    excise fees or taxes on electric charging stations;
•    fee increases for driver’s licenses, vehicle registrations and other nonfuel transportation user fees;
•    highway user fees, such as a motor fuel tax; and
•    the dedication of a portion of internet sales taxes for transportation purposes, among other options.

Part III proposals include safety improvements through seat belt and texting laws, as well as innovation via the use of Missouri’s economic advantages and quality of life, according to the report.

“States are using a variety of public-private partnerships to improve efficiency to enable larger, more transformative projects to be completed faster and more economically by leveraging private-sector investment and involvement,” the report reads.

The task force plans to hold seven public hearings and three working sessions statewide from June through December. A meeting is scheduled Aug. 23 at the Springfield Area Chamber of Commerce, according to the report.

In August, Springfield Mayor Ken McClure testified before the task force, recommending funding upgrades not involving sales taxes or a switch in roadway responsibilities to the local level.

“We believe fuel taxes, as well as other current and new sources of revenue, are essential to funding the maintenance and improvement of the state transportation system,” McClure said at the time.