After nearly a decade of beautifying dogs in her Nixa grooming business, Charlene Smith plans to do the same next year to the building she owns.

Doggie Styles Grooming LLC, which Smith co-owns with her husband, Rick, was the first recipient of funds through the city of Nixa’s new facade grant program. The program offers a dollar-for-dollar match for improvements to building exteriors with a maximum award of $7,500. Smith applied this year and was approved by the city’s Planning and Zoning Commission and City Council for just over $3,363 in grant funds.

Smith has spent 17 years as a groomer and nine of them as a business owner. She began grooming work at Pet Warehouse, followed by the now-shuttered Preferred Pet Salon, before starting Doggie Styles Grooming.

“I had looked at this building a couple of times, but the rent was out of my price range,” she says of her 308 W. South St. location next door to the post office.

When she looked a third time, the formerly $1,200 rent had been cut in half.

She no longer is a renter, choosing to purchase the building in 2016 for $89,900 from Phil Sutherland of Northern Aire Properties.

“It’s probably the best piece of real estate in Nixa,” she says. “Everybody goes to the post office. When they drive out of there, they can’t help but look at this building. It can’t get out of their eyesight in any way, shape or form. It worked out really well for us.”

Sizes and breeds
The grooming shears are in frequent use at the shop, as Smith says most days 20-25 dogs are groomed. She works on all sizes and breeds – from a 2-pound poodle up to a 200-pound bullmastiff.

“We are a little unusual in that we do not cage while they’re here,” she said, adding no chemicals are used when bathing the dogs.

While most clients are from the Nixa area, some come as far south as Branson and Forsyth to as far north as Lebanon. Smith says 1,500 clients are in her database.

“I’ve had a lot of clients that have been with me for years,” she says, noting some only come once a year, while others drop in monthly. “I’ve got some clients whose dogs have died and they have new puppies as the next generation.”

Carol Russo has been a client since shortly after Doggie Styles opened. The retired Nixa resident originally brought in her miniature schnauzer, Tinker. Now Izzy, Russo’s terrier mix, has been getting groomed there around every six weeks for the past four years.

“If I need something, Charlene always fits me in,” she says, noting she spends $30 every time for a full grooming service, including bathing, nail trimming and a haircut. “I can call her today and she would squeeze me in in the next couple of days. There are times she’s even squeezed me in that day.”

On board
While grooming still makes up nearly 90% of sales, Smith says boarding has boosted the bottom line. It’s close to 10% of business, with day care and sales of CBD and essential oil products making up the small remainder.

“Generally, we are seeing about a 10%-12% increase,” she says of revenue the last few years. “Eventually, that’s got to quit. You can’t do it forever. But adding the boarding has helped with revenue.”

She says the boarding services were quietly added about four years ago, as she was getting numerous requests from her clients. She reasons that dogs already were used to her for grooming work, so it wasn’t as traumatic for them as it may be to go to a veterinarian’s office or an unfamiliar boarding facility.

“My clients have worse separation anxiety than the dogs do,” she adds with a laugh.

As the year wraps up, Smith is looking to early 2020 for tackling the approved building work. She says it’ll replace horizontal slat siding with vertical siding. In addition, an unused door will be replaced with a wall. The grant-funded project is estimated at $6,727.

Nixa city officials established the grant program this past summer.

“We’re trying to encourage economic development in Nixa and this came as a result,” says Drew Douglas, city of Nixa public information officer. “People are pleased the city is offering this to beautify the city. We’re making a tangible investment to help businesses improve the exterior of their building.”

Outside of the shop services, client Russo says she likes how Smith works with dog rescue group 4 the Love of K9s. Doggie Styles Grooming sponsors a storage unit for the group’s donated food each month and helps board rescue dogs before they’re adopted.

“I’m very adamant about giving back,” she says. “I’ve got everything I need – house, cars – I go do whatever I want whenever. Anything I have left over needs to be given to the community. We all have to help each other.”

Business Spotlight: Aligning for the Future

Business Spotlight: A Century of Dentistry

Business Spotlight: On the Prowl 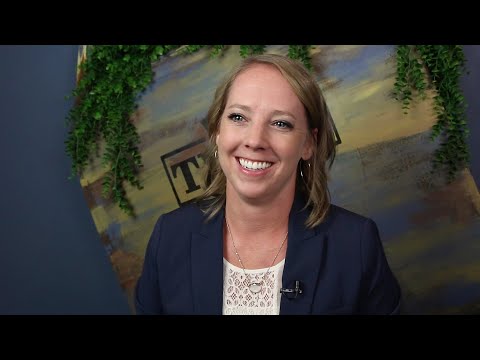