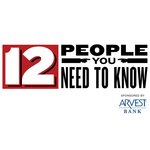 12 People You Need to Know

Before summer 2018, Titus Williams and his family of real estate businessmen were behind the scenes in local and Midwestern developments. That’s no longer the case.

The Williamses took a significant step with the creation of Enterprise Commercial Group LLC and the southwest Missouri franchise for New York City-based NAI Global, which has 400 offices worldwide, some 7,000 brokers and $20 billion in commercial real estate transactions annually.

Then, they unveiled The Ridge at Ward Branch, a 100-acre planned development in far south Springfield with an estimated value of $500 million. It’s the city’s largest single proposal since 60/65 Partnership LLC a decade ago announced a $400 million mixed-use development that has yet to materialize in southeast Springfield.

“You wouldn’t have known that we were in the market unless you were a related party or a strategic partner,” says Titus Williams, president of Enterprise Commercial and principal with the locally based NAI Enterprise LLC.

He works with his brother Phil and their father Brad. The switch to the public eye followed another significant change for the family: the sale in June 2018 of their Missouri Valley REIT Inc. to Fargo, North Dakota-based Edgewood REIT.

Enterprise Management, which handles office, retail and asset management, is one of five Enterprise Commercial divisions. The others are NAI; Enterprise Construction, which specializes in general contracting; Enterprise Residential, a residential brokerage; and Enterprise Development, a real estate developer with a focus on capital improvement projects in the North and Midwest United States.

Locally, the family’s developments are staggering in scope.

Williams is working to redevelop The Kitchen Inc.’s Commercial Street campus – upon its relocation – into a residential and commercial center with the aid of new market tax credits. And the family quickly leased to capacity a center city apartment complex dubbed 800 South in mid-2018.

“There’s a few other large projects in the works right now,” Williams says.

From the Ground Up: Element by Westin