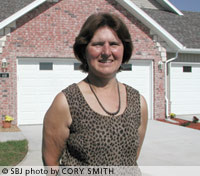 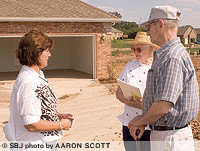 Teresa Hall, a real estate developer and agent who was known for senior housing in the area, died Sept. 20. She was 70.

Her obituary at GreenLawnFuneralHome.com indicates she was diagnosed with pancreatic cancer in June.

As a developer, Hall built and later sold Autumn Corners in Springfield and Autumn Corners at Copper Leaf in Nixa, as well as Fassnight Meadows and Villas at Lombard. She additionally was a real estate agent with Century 21 Integrity Group since 1999.

Hall was active in the community, serving 25 years on the board of SeniorAge Area Agency on Aging. She also was a board member for Missouri Trust Co. and Gloria Deo Academy, according to her obituary.

Hall was a member of Springfield Business Journal’s inaugural class of Most Influential Women in 2000.

From the Ground Up: Moon City Lofts

From the Ground Up: Cox Medical Center South parking garage

Caring for the Past: Concern for historic structures drives preservationists

Open for Business: The Grill Guys of Missouri

Relics back in Hollywood spotlight

SBJ.net Poll
Do you regularly visit downtown Springfield for retail and restaurant purchases?