“Our family has always been very involved in philanthropic causes and it really spoke to me that the basis of their culture was having team members get involved in community outreach programs and other charitable events. That original attraction is what formed the basis of our company. I was an attorney at the time and I thought if I was going to get into this new business, we were going to do it in a way that is different,” he says.

As part of the CARE Culture, each DoubleTree Hotel has a CARE Committee. It’s from that idea that O’Reilly Hospitality Management’s O’Reach Culture was developed, with the general idea being to get staff involved with community partners.

“The idea is that we try to get our people to look outside the four walls of the building and outside of themselves and look for community partners so we can do good things,” says O’Reilly. “That helps us become a better team and helps us focus on giving and on people that are more in need than we are. It’s just the general philosophy of giving that’s one of the basics of our company.”

The O’Reach Culture includes not only charitable outreach but also sustainability. “Sustainability has been important for me for many years. I think I was exposed to the idea in the 80s in college,” says O’Reilly. “It wasn’t a very well accepted idea that we had a significant problem with our environment and climate change. It was just kind of being understood by people at that time. It got my attention and I became very passionate about it and whatever I was going to do was going to help address those issues.”

Sustainability has been top of mind for O’Reilly since the planning stages of a four-year long expansion of the property in north Springfield that culminates in the opening of the new Glendalough Conference Center at the end of November. The conference center is equipped with high-efficiency HVAC and water conservation measures. The Glendalough and the complex’s other meeting facility will both have full solar arrays on their roofs and the property’s Fairfield Inn & Suites by Marriott is a LEED certified facility.

“We’re just blessed that we were exposed to this great culture that DoubleTree has that allowed us to develop our own culture and grow our business,” says O’Reilly.

The finished complex will consist of a two-story parking facility, 305 guest rooms and 21,500 square feet of meeting space. 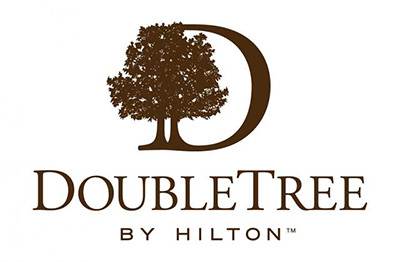