On the Job: Missouri voters say ‘yes’ to recreational marijuana

When my first beat page was unveiled in October – a bit later than originally planned due to an unfortunate run-in with the flu bug – it included a section promoting area job and career fairs. Most of these events have employers on-site and ready to hire, as the process for filling job openings can be rapid these days. Many job fair listings recommend candidates bring copies of their resume and be ready to interview.

That got me thinking that some job applicants may not have what most would consider interview-worthy outfits. I’m no fashion icon – far from it, to be certain – but I do agree with the expression: “You never get a second chance to make a first impression.”

While there are resale shops where job seekers can maybe find low-cost appropriate clothing, there are also a couple of organizations I’m aware of that provide those options for free.

The Career Closet, located in the Missouri Job Center, 2900 E. Sunshine St., provides business-casual and professional clothing, shoes and accessories at no cost. Job Center spokesperson Katherine Trombetta said they depend on community donations for the clothing, which is appropriate for interviews, hiring events or the first day of a new job.

The Career Closet accepts all sizes of men’s and women’s gently used clothing suitable for interviews and business casual settings. It even takes travel-size personal hygiene items, such as shampoo, soap and toothpaste.

Additionally, the Suit Yourself Boutique downtown at 320 W. Pershing St. provides women with upscale business clothing, including shoes, free of charge. It also offers jewelry and purses, and the boutique is open to shoppers by appointment only, according to its website. Donations to the shop should be new or nearly new clothing that is in season, clean and ready to wear.

Both Suit Yourself Boutique and the Career Closet are worthy free resources in town for those looking to make an impression in the workplace. 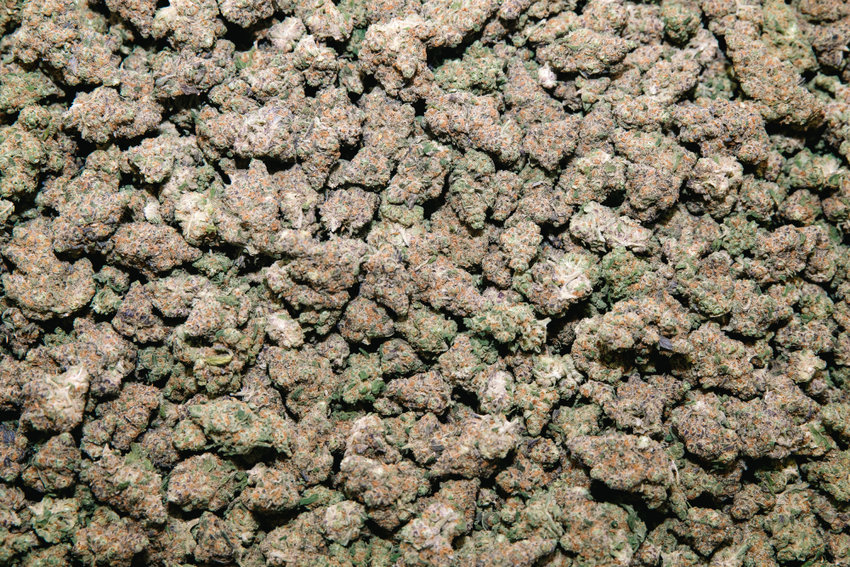 For the second time in four years, Missouri voters have approved a statewide marijuana ballot measure.

Amendment 3 will legalize the purchase, possession, consumption, delivery, sale and manufacturing of marijuana for adults 21 and older for personal use. It also will expunge nonviolent marijuana-related convictions from criminal records, except for selling to minors or driving under the influence.

Voters approved the amendment with 53% in support. It was a tighter vote than in 2018 when the legalization of medical marijuana passed with 65% approval in the state.

The close vote for Amendment 3 wasn’t a surprise to me, as there was vocal opposition from groups such as the “No On Amendment 3 – Missouri Deserves Better” campaign and the Missouri NAACP. Gov. Mike Parson also was opposed to the amendment.

Still, Legal Missouri 2022, which got the issue on the ballot, spent millions of dollars on the campaign and picked up endorsements along the way, including ones from Missouri AFL-CIO and the American Civil Liberties Union of Missouri.

Looking at the voting breakdown by county, I was surprised at how few counties voted in favor of the amendment. It was just 15. But you can probably guess where those in favor of it reside. Clay, Jackson and Johnson counties – all in the Kansas City area – as well as St. Louis County and St. Charles County were all supportive of the measure. Greene County also passed the issue with 52% in favor.

Most rural counties rejected the amendment, some by 60% or more. In the Springfield area, the majority of voters in Christian, Dallas, Polk and Webster counties opposed the issue.

So, you can count Amendment 3 as a statewide ballot issue that passed largely due to support in highly populated areas.

As for other states seeking adult-use legalization on Election Day, it was a bit of a mixed bag. Maryland voters approved recreational marijuana, while proposals in Arkansas, North Dakota and South Dakota were rejected. That makes 21 states that have now approved marijuana’s recreational use.

It’ll certainly be interesting to see how rapidly Missouri’s marijuana industry will grow from here, as the medical side has picked up steam since sales began in October 2020. Monthly medical marijuana sales regularly surpass $30 million, and the cumulative total exceeded the $500 million mark in October. It’s now reached $529.5 million in the first two years, according to Missouri Department of Health and Senior Services data.

As I compile our publication’s Open for Business section, there are frequently some interesting tidbits that can’t fit due to space, among other reasons. Here are a couple recent items:

Twin Crescent Drive-In
Buffalo’s new drive-in theater is the brainchild of Brandon Kenall, who also is the town’s mayor and a paramedic with Mercy. (Talk about multitasking.) He said it’s been roughly 25 years since Buffalo had a drive-in and he associated a lot of great childhood memories with attending it. Kenall felt confident the town wanted one again, and he was determined to be the person to bring it back.

Located about 40 minutes north of Springfield, it’ll be interesting to see if Twin Crescent will consistently draw crowds beyond Dallas County. There’s also competition around the same length from Springfield in Lawrence County, with Sunset Drive-In in Aurora.

Where the Wild Things Play
Josh and Jordyn Norrick, owners of the new children’s imaginative play space in Ozark, have three kids and sought to fill a need for other parents seeking fun activities for their offspring.

One of the play spaces Jordyn Norrick told me they acquired was a life-size sailboat they found for sale on Facebook Marketplace for $800. Because the boat wouldn’t fit through their business’ doors, her husband cut it lengthwise, rebuilt it inside the facility and applied new paint.

That’s some clever ingenuity from a couple who have both made career pivots to launch their unique kid-focused concept.