Ethan Forhetz: Convoy of Hope plans to operate on one campus by 2023.

Convoy of Hope launches in Republic 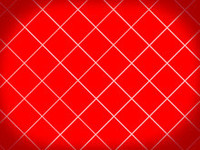 Roughly a year after announcing plans to build a 250,000-square-foot distribution center in Republic, Convoy of Hope’s new facility is operational.

Spokesperson Ethan Forhetz said the international humanitarian relief organization is finishing up the move to 7200 W. Carnahan St., near James River Freeway, from its former distribution center in Springfield on South Patterson Avenue, just off Chestnut Expressway. The cost for the project, which officials say is still undergoing finishing touches, is estimated at $14.1 million, according to past Springfield Business Journal reporting.

“It’s a massive undertaking as there’s a lot of logistics involved in getting an entire giant warehouse packed up and put into multiple trucks – more than 200 truck trips in total,” Forhetz said.

He said the moving process from the distribution center Convoy of Hope has called home for the past 20 years began in mid-August, noting Aug. 27 it was “close to 75% done.” The activity is in addition to the nonprofit’s humanitarian work, which has included responding to domestic and international events in August, such as the Haiti earthquake, flooding in Tennessee, Afghanistan relief efforts and Hurricane Ida in Louisiana.

Convoy of Hope sold the South Patterson distribution center for an undisclosed rate last year to O’Reilly Automotive Inc., which operates its headquarters on the same street. The former distribution center is larger at 300,000 square feet, but Forhetz said the new building has much higher ceilings. The racking system is 26 feet tall for the Republic facility, 62% taller than the capacity of the old facility, he said.

“We’re able to hold a lot more product,” he said, noting the new center has room for 15,726 pallets – a 211% increase. “It’s a marked difference and we think it’ll make a huge difference for us, allowing us to do more to help people.”

The center also has 13,000 square feet of dedicated space for volunteer operations, including the weekly Hands of Hope program, in which an average of 30 people sort, pack, count and label items for distribution. Forhetz said the use of volunteers for the program was temporarily halted in July as moving preparations began. He expects volunteers to resume help in October after the building work finishes.

Disaster response
Convoy of Hope employs 60 at the distribution center, he said, adding the new building allowed consolidation of its 23-employee disaster services team from leased space in Ozark. The department had been in Ozark for nearly seven years and was simply out of room, said Stacy Lamb, senior director of U.S. disaster services. Roughly 60 pieces of equipment, such as tractor trailers, site generators, RVs and mobile kitchens, were kept on-site.

“It’s a huge difference,” he said of relocating to Republic, where the team occupies roughly 37,000 square feet. “Just in our garaging space where we keep all of our equipment, we’ve increased by about two and a half times in square footage.”

He said the biggest difference the team notices is in preparation for deployment to disaster sites. That was experienced almost immediately as nearly 20 trucks carrying food, water and relief supplies left the center Aug. 29 to head to hurricane-battered Louisiana. In Ozark, prep work, as well as unloading and clean up duties, was frequently done outside due to lack of space.

“As we prep right now, we’re able to do it all indoors,” Lamb said Aug. 27. “We’re being able to load equipment inside. We’re not out in the elements, whether it’s super-hot or raining or snowing, whatever the case may be. That’s a huge difference and a huge benefit to our team.”

Lamb estimates the expanded space for disaster prep work could equate to time savings of at least 50% from its prior facility.

Disaster response has been on the rise over the past couple of years, Convoy officials say. It has responded to a total of 38 disasters this year, 24 of those internationally. That follows last year’s response total of 62 disasters, which surpassed the 47 in 2019 and 38 in 2018, according to past reporting.

The nonprofit, which has a $54 million operating budget this year, employs close to 340 worldwide, Forhetz said. According to its website, Convoy has helped more than 163 million people and served over 481 million meals since its 1994 inception. The organization’s 2020 annual report notes it served over 4 million individuals and distributed in excess of 200 million meals worldwide last year in response to the COVID-19 pandemic.

Project plans
Republic City Administrator David Cameron said Convoy’s arrival is a proud accomplishment for the community and the greater Springfield area. He saw many of the trucks deploying Aug. 29 to Louisiana.

“There was just a sense of pride and appreciation for what they were about to go do,” he said. “What it does for the region and for Republic, if you just visualize what they represent and what they do, it just speaks to the area we live in and the values and culture by which they operate.”

Cameron said Convoy’s plans to relocate to Republic were probably overshadowed some by Seattle-based online retailer Amazon.com Inc., which opened its 1.3 million-square-foot distribution and fulfillment center in early August in the city’s Garton Business Park.

“We were just as excited of making that announcement as we were of the Amazon project,” he said.

Groundwork started in September 2020 on Convoy’s project led by Q & Co. LLC as general contractor and Buxton Kubik Dodd Design Collective as architect, according to past reporting.

The distribution center is the first project to be completed on the 135 acres Convoy of Hope purchased last year for an undisclosed amount from Mitch Drury of Drury Properties Inc. at the Republic and Springfield border. The nonprofit plans to also move its headquarters, currently just south of Commercial Street at 1660 N. Campbell Ave., to Republic by 2023, Forhetz said. It would mark the first time the organization operates entirely on one campus, he said. The project will take at least 18 months, and he said its cost and size are not being announced at this time.

Convoy of Hope has scheduled an Oct. 27 dedication ceremony that will also double as a groundbreaking for its future headquarters.

“We are really over-the-top excited to be able to move the entire team into one location,” he said. “This is something that has been the dream for a long time.”

From the Ground Up: Walker Heights Retail Center

SPS board set to vote next month on $220M bond issue