Construction in the Ozarks: Spring 2017

Spring in the Ozarks means construction, just as long as the rains stay away. With little luck keeping it at bay lately, multiple notable projects going up across the Queen City are a bit behind schedule.

“When will it be done, you ask? When will it stop raining?” chuckled Geoffrey Butler, principal with Butler, Rosenbury & Partners Inc.

The following pages include a headquarters expansion for Springfield’s largest publicly traded company, O’Reilly Automotive Inc., to a remodel for O’Reilly Development Co. LLC house its suite of companies and an office to house both of Tim O’Reilly’s growing businesses.

We also take a look at new growth for the city, including the $78.5 million Springfield Plaza bringing multiple new retailers to town and a new tire shop on South Campbell. Outside Springfield, a pair of Baptist churches are adding on in Bolivar and Monett to the tune of $3.3 million. 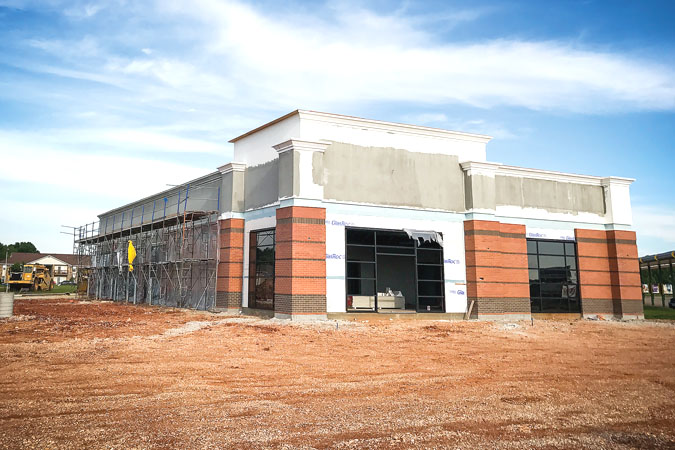 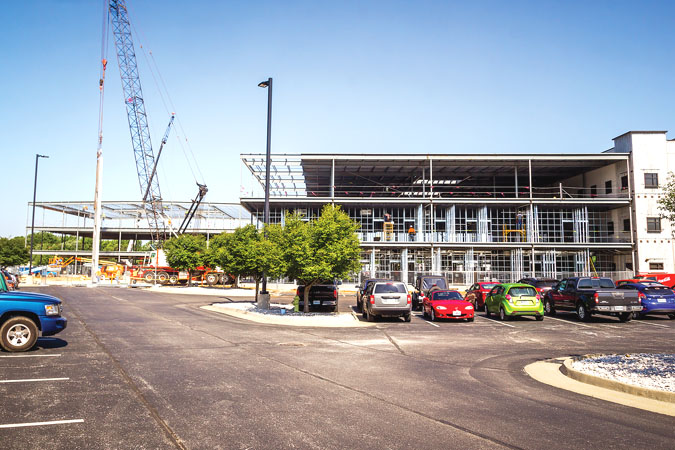 O’Reilly Automotive Inc. (Nasdaq: ORLY) is expanding its Queen City headquarters near the northeast corner of South Barnes Avenue and East Cherry Street. The three-story structure is an extension of the company’s current headquarters and includes additional offices, more parking and an access drive to Cherry Street. The national auto parts retailer has remained tight-lipped about the size and scope of its plans, but according to a bill approved by City Council, the rezoning is limited to 2.6 acres at the 500 block of South Barnes Avenue. Heath Lammey, project manager for general contractor Larry Snyder, worked with Buddy Webb & Co. to design the space. O’Reilly built its 117,000-square-foot headquarters in 2010. 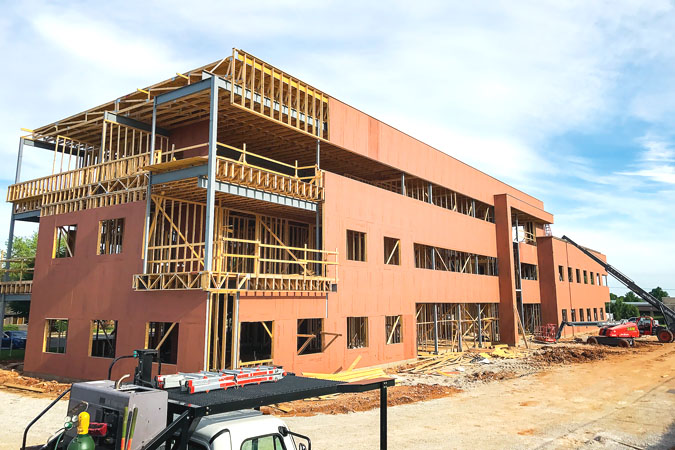 Commercial real estate agent Mike Fusek is developing this multitenant office building along the Medical Mile through National Place LLC. Project architect Buxton Kubik Dodd Creative has signed on as anchor tenant and Missouri Trust Shares Inc. will lease part of the second floor. PrimeLending also will lease a 3,500-square-foot separate building on the lot. Southwest Missouri Region Branch Manager Tuesday Blair said the space will be renovated with a contemporary/modern design to create a “boutique mortgage company” feel. Fusek has said a law firm is looking at half of a floor on the 30,000-square-foot, three-story building. BP Builders LLC is working with engineers Lee Engineering and Associates LLC, civil; Miller Engineering PC, structural; and Pellham-Phillips Architects and Engineers Inc., mechanical, electrical and plumbing. Fusek said the building still is on track for a November completion. Construction costs are estimated at $3 million, according to the city building permit. 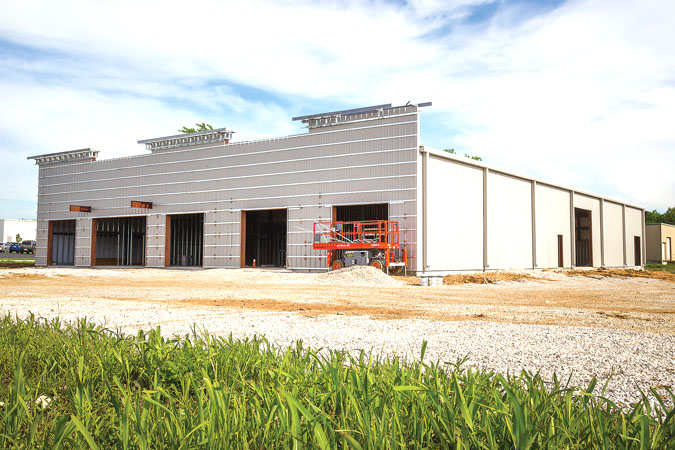 Developer Mouery Properties is building a new showroom, office and warehouse for Mouery’s Carpet Center on West Battlefield, around the corner from its current location on Scenic Avenue. In the move, co-owner Elisabeth Mouery said the business will change its name to Mouery’s Flooring. Angela Blevins, project manager for general contractor BP Builders LLC, said work should finish in August. Designed by Derington Architects LLC, engineers on the 14,000-square-foot building are Richard Stalzer, civil; Edelman Engineering Corp., structural; and Latifi Engineering, mechanical, electrical and plumbing. Construction costs are estimated at $700,000, according to the city building permit. 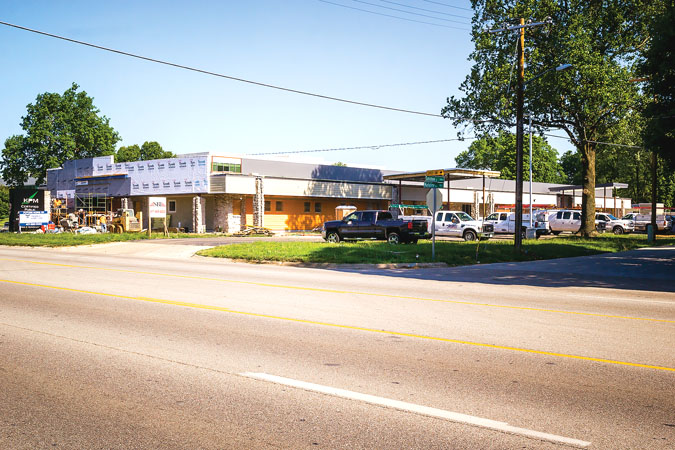 The former KPM CPAs building on East Sunshine is getting a facade and interior makeover as it transitions into Fresenius Medical Care. Madeline Brown, marketing and client relations coordinator for architect H Design Group LLC, said the facility floor plan includes a waiting room, large open area for dialysis stations, exam rooms, nurses’ stations, training and conference rooms, offices and medical storage. Financed by Southern Bank for an undisclosed amount, BP Builders LLC is renovating the 19,500-square-foot building. Exterior work should be complete by the end of the month, with interior touches to wrap in June, she said. 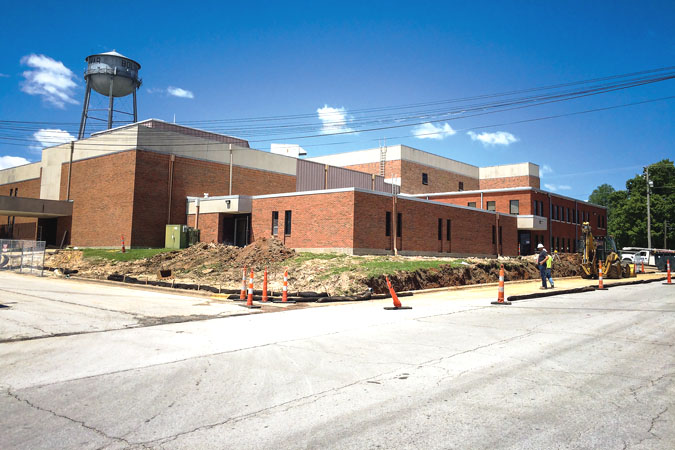 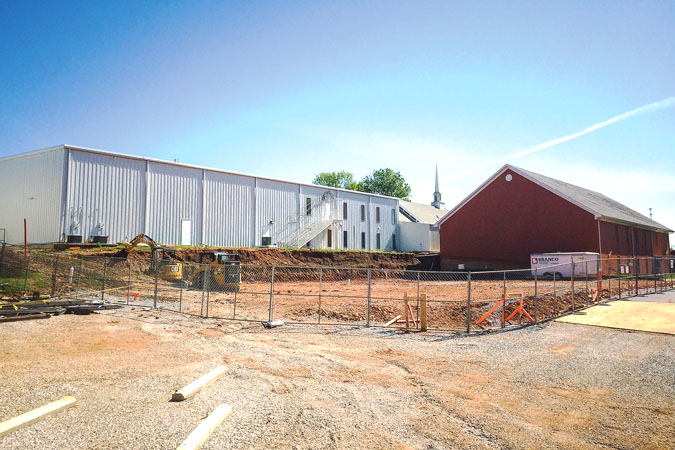 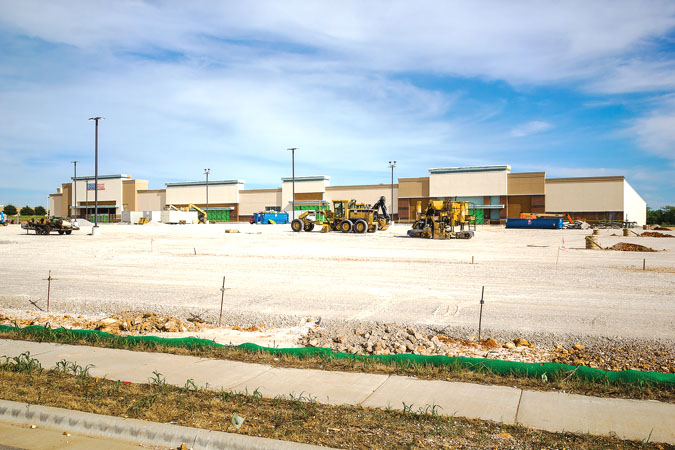 Work is nearly complete on the first phase of this $78.5 million Springfield Plaza project, bringing Burlington Coat Factory and Petco to the Queen City, as well as a second Ross Dress For Less store. Andy Ross, project manager with general contractor Morelock-Ross Builders, said no new tenants are signed, but there is interest in Phase II of the project by developer Grace One LLC/Rankin Development LLC. Designed by Buxton Kubik Dodd Creative, project engineers are Lee Engineering and Associates LLC, civil; Miller Engineering PC, structural; and Pellham Phillips Architectural Engineering Inc., mechanical, electrical and plumbing. Ross said Burlington and Petco should be complete by July, with the remaining 25,000 square feet at Ross Dress For Less finishing by August. 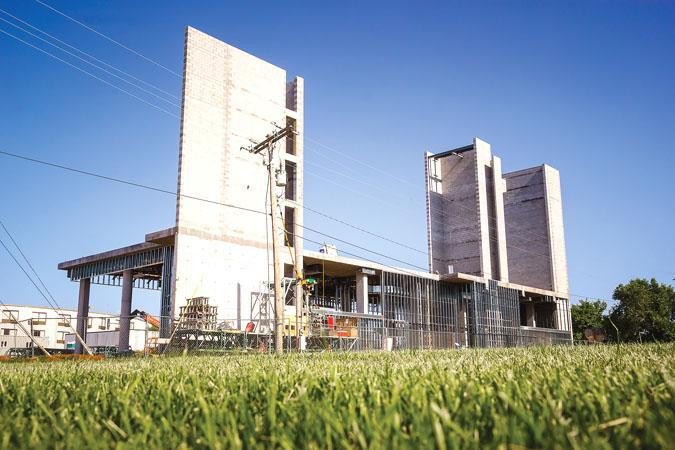 Workers are beginning to pick up the pace at the new Best Western International concept going in on East Sunshine. “It’s a prototype, so it’s complicated,” said Gordon Elliott, owner of project developer Elliott Lodging Ltd. “There are a lot of things that have never been done before and we’re doing them.” Originally slated for completion this fall, Elliott said post-Christmas or early 2018 is more likely on the six-story hotel designed for millennials. Elliott’s company will serve as general contractor for the project designed by Larry Burns. The 40,000-square-foot Vib –pronounced vibe – hotel sits on 1.2 acres, which previously housed Elliott’s San Francisco Oven. Engineers are Wilson Surveying Co. Inc., civil; Horner & Shifrin Inc., structural; and CJD Engineering LLC, mechanical, electrical and plumbing. Construction
costs are estimated at $4.8 million, according to the city building permit. 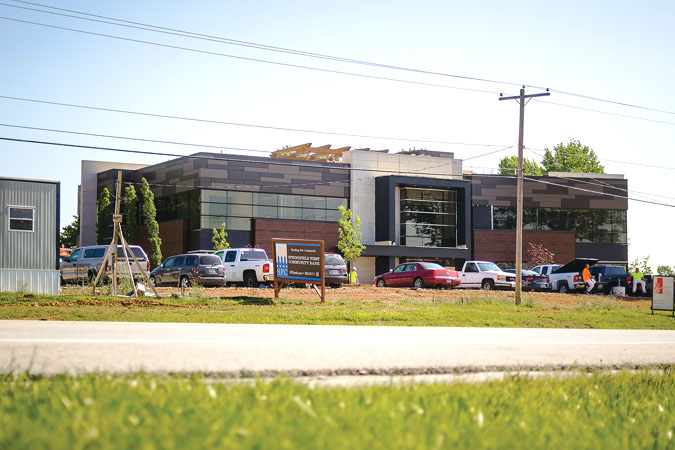 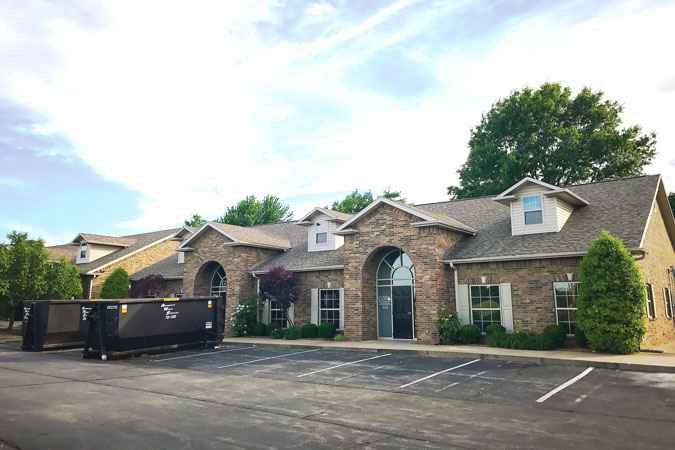 Open for Business: The Tin Ceiling Event Venue and Mercantile

A health care worker became a first-time business owner; a home baker decided to pursue a longtime dream of starting her own business; and Springfield-based Premier Choice Tax and Accounting Solutions LLC expanded its reach in Greene County.

At least 8 killed at FedEx facility in Indianapolis

No Ceiling: It Came to Pass

Carol Taylor, former president of Evangel University, tells features editor Christine Temple about the new challenges she faced leading students, staff and faculty through a year of learning in a …

Building Your Base Through Social Media

Michelle Romero, owner of PKD Venue, says because of her busy schedule, using social media has helped her marketing efforts. Incorporating your journey, including struggles as well as victories, can …