TLC has seen much over the last decade and Chief of Operations, Jessi Whitten, has been in the thick of it.

In 2011, Whitten accepted a seasonal leasing agent position with TLC. At the time, she was a single mom and thought the job would be temporary. However, 11 years later, she’s one of the organization’s top leaders.

“Jessi’s intelligence and way of thinking is hard to ignore,” said TLC’s Recruitment/Compensation Manager Russell Rowe. “It makes you want to bring her ideas to life.”

Over the years, Whitten moved up through the organization serving as Property Manager, Project Manager, Director of Sales, Director of Operations and finally Chief of Operations in 2018. Whitten learned more about property management and the company’s direction in each position– thriving with the daily challenges.

“I just knew TLC was where I wanted to be,” Whitten said. “This organization is one big puzzle and I love putting all the pieces together.”

As Chief of Operations, Whitten noticed some of those puzzle pieces not fitting together as well as they should. Whitten witnessed departments fracturing and silos being created. She knew something had to change for the company to grow. Late last year, Whitten pitched an innovative idea to leadership that would change the company’s approach to property management – and a first in the industry.

“Jessi is the only executive that has worked in nearly every job at TLC,” said Rowe. “She saw gaps firsthand and realized the company needed to reinvent property management.”

After pitching her idea to company President Sam M. Coryell, Whitten was given the green light to make the change happen right then and there. She immediately formed a committee to outline details and implement her plan. But change isn’t easy and often not welcomed. Whitten’s approach to gain buy-in from staff helped make the restructure a reality with little pushback.

“Jessi is always one step ahead of everyone – including our competitors,” said Coryell. “She knows who to recruit when she gets an idea to push a concept to reality. She sees her end goal but then listens to input and recognizes the team’s input trusting that the goal will be met.”

TLC’s new structure was launched in phases beginning in January of this year and has created more teamwork, more opportunities for employee growth, and decreased operating costs. Today, Whitten is focused on supporting the operations team to ensure the success of this restructure.

“We have an agile company that assisted us moving this process along quickly, which allowed us to complete this project in just six months,” Whitten said. “Now, I’ve shifted my focus on working out the kinks to be ready to scale quickly with our projected growth.”

Whitten works hard to support her team and truly believes innovation is the key to success, which is probably a good thing since TLC’s parent company, Coryell Collaborative Group, aims to double in size over the next five years. 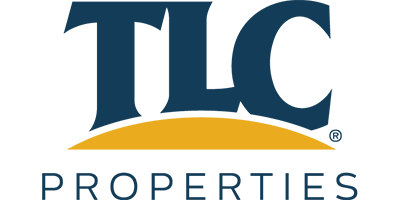